Popular Movies To Watch on Aha 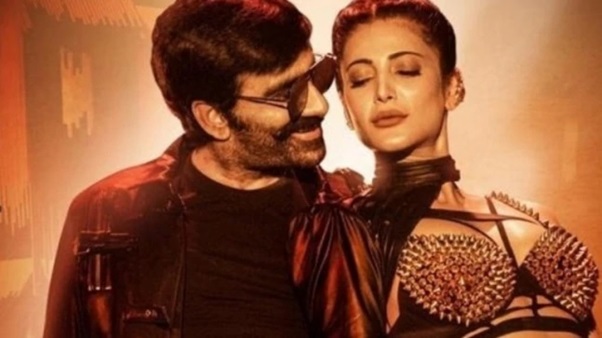 As we all know that Telugu cinema is officially named Tollywood. It has been in great demand in recent years. Today most of the Telugu language films are dubbed in Hindi thus people who are not Telugu locals or who do not understand the language can also watch the same movies in Hindi. Telugu films never fail to give the audience good content with humorous scenes. Telugu films are more famous for comedy and action thus they can be enjoyed by people of all age groups, children, adults, and senior citizens.

Earlier the Telugu films were only available on youtube and very few OTT platforms aired Telugu contents online, but as of now people have started exploring these movies and are taking a lot of interest in watching them thus, the movies are being launched in the cinema halls all over the country as well as outside the country. The content of Telugu movies is so intriguing and mesmerizing that anyone can fall for it and become a Tollywood lover. Aha, an online Streaming platform founded by Allu Aravind provides a collection of unlimited Telugu movies and original series for Tollywood lovers to watch movies online and ad-free.

Krack and Colour Photo are the two most popular and most-streamed Telugu movies on Aha.

The film is commercially successful and earned a total worth of Rupees sixty crores at the box office. The film was released on 5th February on the Aha OTT platform. The movie received a very positive response from critics. Ravi Teja plays the role of Veera Shankar, a police officer, and crack-fellow who is intolerant to injustice. He meets three criminals SaleemBatkal, a terrorist, Katari Krishna, a regular prisoner, and Konda Reddy, a sadistic goon. He is in love with Shruti Hassan playing the role of Kalyani, his wife.

The film was directed, narrated, and the screenplay given by Sandeep Raj, produced by Sai RajeshaNeelam and Benny Muppaneni under Amrutha Productions and Loukya Entertainment. The story was given by Sai Rajesh, cinematography by Venkat R Shakumari, and music by KaalaBhairava.

The film shooting took place completely in Machilipatnam, Vijaywada, and other surrounding areas in Andhra Pradesh. It was released on 23rd October 2020 and distributed by Aha. Suhas, ChandiniChowdary, Harsha, and Sunil are the main cast in the movie. The film received many heartfelt praises from Tollywood celebrities. It is a heart-wrenching love story of Jayakrishna alias Kittu played by Suhas and ChandiniChowdhary, as Deepthi Varma alias Deepu. Jayakrishna falls in love with Deepthi while seeing her rehearsing for a performance as a goddess. Unlike, Deepthi he was dark-skinned and had a poor economic background, so he never dared to propose to her. Surprisingly Deepthi confronts JayaKrishna when he tries to avoid her and confesses her feelings for him. At JayaKrishna’s request, they start dating in secret. The movie is a heartful combination of love, compassion, and joy.